The Value of Failure 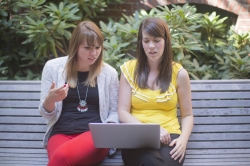 Is it good for people to fail occasionally? 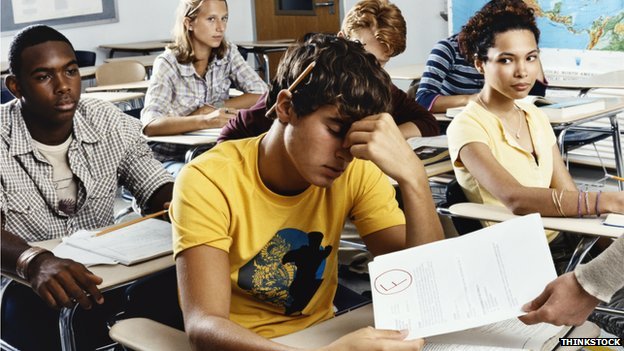 In our highly competitive world, we prize success and hate it when things go wrong, but is there actually a value in failing?

When Irish author Flann O'Brien submitted the manuscript for his second book, The Third Policeman, to a London publisher in 1940 it was rejected.

But rather than admit this lack of success to his friends, he pretended the manuscript had accidentally blown out of the boot of his car on a trip to Donegal and had been lost forever.

"This was a ruinous thing to say because he couldn't then turn around and say, 'Oh I've found it again,' so the manuscript sat very openly on his sideboard until his death," says Booker Prize-winning author Anne Enright. She has selected O'Brien's story to appear in an exhibition entitled Fail Better at the Science Gallery at Trinity College, Dublin.

"The year after [O'Brien's] death, his wife got it published to a keen reception."

If O'Brien had been more open about his failure to get the book printed, he might have seen his work published within his lifetime.

The aim of the Science Gallery's exhibition is to encourage debate about the informative aspects of failure and how it can encourage greater creativity in all aspects of life.

We are all scared of failing and having to admit errors or mistakes to our peers, and this fear heightens as we grow towards adulthood, says Heather Hanbury, headmistress of Wimbledon High School. In 2012 the private girls' school held a "failure week" to teach its pupils how to become more resilient and learn from their mistakes.

"You're not born with fear of failure, it's not an instinct, it's something that grows and develops in you as you get older. Very young children have no fear of failure at all. They have great fun trying new things and learning very fast," says Hanbury. 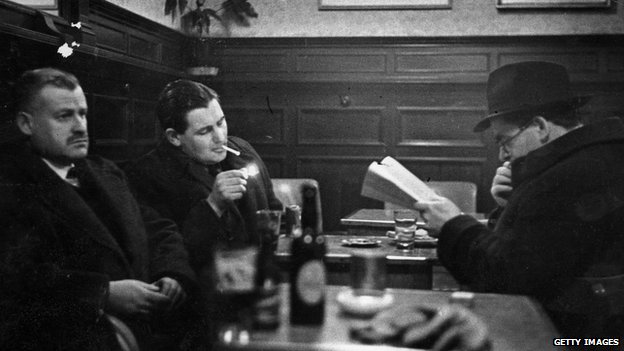 Flann O'Brien (right) could not tell his friends in the Palace Bar, Dublin the truth about his book

She says fear of failure can be crippling as it stops us from taking risks. This automatically cuts off new opportunities in life.

"Our focus here is on failing well, on being good at failure. What I mean by this is taking the risk and then learning from it if it doesn't work," says Hanbury.

"There's no point in failing and then dealing with it by pretending it didn't happen, or blaming someone else, that would be a wasted opportunity to learn more about yourself and perhaps to identify gaps in your skills, experiences or qualifications. Once you've identified the learning you can then take action to make a difference."

She says a fear of failure often affects girls more than boys because girls are "programmed" from a very young age by their parents to please adults.

"If there's one thing I would say to parents of young children, particularly girls, it would be, try very hard not to constantly show strong approval of daughters doing lovely things to please you. Show approval when they throw off the fetters and perhaps are a bit naughty," says Hanbury.

"This is not only a danger at home, but it happens in school at a very young age as well. So as the girls get older, they recognise that the way to keep adults happy is to get things right, and getting things right means avoiding failure at all costs."

Hanbury says the quest for perfectionism is "the enemy of achievement" and that the more we seek to get everything exactly right, the less we actually get done.

Shedding the stigma that is associated with failing can also open the door to greater victories.

When tennis player Andy Murray failed to beat Roger Federer in the Wimbledon final in 2012 he broke down in tears, and the wait for a British Wimbledon champion seemed ever more elusive. But some believe it freed him from the fear of failure and Murray went on the following year to triumph against Novak Djokovic, ending the 77-year wait for a British men's champion. 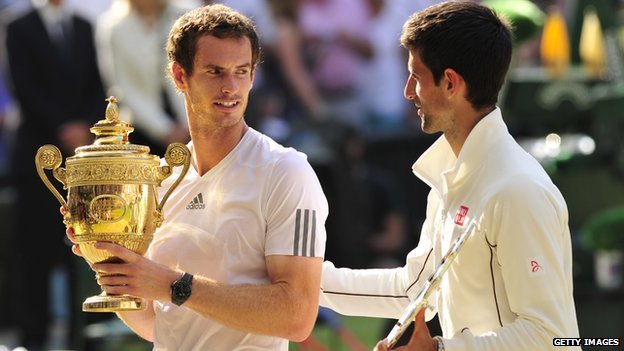 When players fail in the sporting arena the public response can often be unsympathetic - such as the reaction to England's crushing defeat by Australia in the 2013-14 Ashes.

Author and former professional cricketer Ed Smith played three test matches for England, but admits to feeling a sense of personal pain that he did not fulfil his original aspiration to play more than 50.

Smith says failing can help "conquer a sense of entitlement", and relieve the pressure we place on ourselves. The more practice we get at failing, the more equipped we are to deal with it, says Smith.

"As an experienced player I try to think about losing and then regaining form as like putting the wheels back on a bike," says Smith. "The first time is the hardest, you're not sure you'll ever get moving again, but once you've experienced a few cycles of boom and bust, the dark days are less daunting. Having watched the wheels fall off before, we are better equipped to put them back on again."

He says that off the playing field, failure can also encourage a greater sense of empathy and understanding.

"If the failure was our own fault we become more tolerant of human error, and if the failure was the result of external factors, of circumstance - an unkind coalition beyond our control - then we learn about the limits of willpower and self-determination. We see how our own agency interacts with context and fortune." 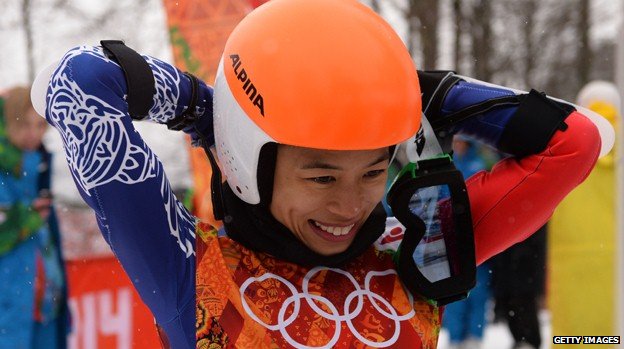 Violinist Vanessa-Mae came last in her event at Sochi 2014, but was thrilled with her achievement

Learning to embrace failure means we still have to be honest about the amount of effort we put in to any venture.

Within the business field, for example, the failure rate is high. Over 80% of start-up businesses fail within the first five years. Stewart McTavish, director of IdeaSpace in Cambridge - a community and support network for entrepreneurs - says they encourage people to make a distinction between honest and dishonest failure.

"If your venture doesn't work out, but you did everything you could to make it a success, that's what we call an honest failure, and that's seen as an honourable thing," says McTavish.

"Whereas if your venture didn't work out because you spent too much time at networking events, you weren't doing your customer research and you were just lazing around, then that's what we would call a dishonest failure."

If failure can train us to be more courageous in life, we should also be just as brave at recognising and shouting about success.

The year after failure week, Wimbledon High School ran "blow your own trumpet" week. As Hanbury explains, it is not only time to take the "sting out of failure" but also the "embarrassment out of pride."

The Value of Failure starts on Monday 3 March at 13:45 GMT on BBC Radio 4. Or catch up later on  BBC iPlayer